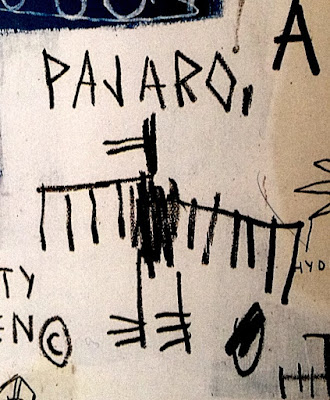 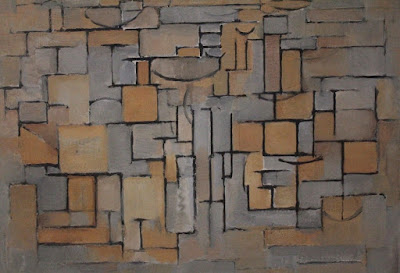 Augusto Meyer and Machado de Assis (Cristovão Tezza and others)

Augusto Meyer's literary criticism about Machado de Assis is nowadays recognized as pivotal. Professor Regina Zilberman (Federal University of Rio Grande do Sul) writes the following in the back flap of a recent edition of Meyer's essays: "Augusto Meyer holds a creditable position... in the legacy of studies about the most important Brazilian writer before the advent of Modernism" (see Augusto Meyer, Machado de Assis. 1935-1958. Rio de Janeiro: José Olympio, 2008).
Antonio Candido is perhaps more strict: "sometimes... an accessible surface devoid of any mystery conceals to a less experienced reader or literary period values that are rare and profound. A typical example is Machado de Assis—celebrated for a long time in view of what in him was most flippant [epidérmico], till Augusto Meyer, Lúcia Miguel-Pereira and Barreto Filho (his most outstanding critics) highlighted recently the innermost power that constitutes his real and singular greatness" (A Formação da Literatura Brasileira. Rio de Janeiro: Ouro sobre Azul, 2012, p. 453).
What should we make of this?

The relevance of Augusto Meyer's criticism about Machado de Assis is neat: it opposes the inane image of Machado de Assis as a "benevolent" skeptic, common among Machado's contemporaries such as Alcindo Guanabara (a Brazilian journalist and politician of the time) (see Meyer, Machado de Assis, p. 130). But it should be circumscribed to this point.
The image of Machado de Assis created by Meyer himself is equally preposterous. Meyer conflates what he thinks are Machado de Assis's ideas with the ideas expressed by Machado's narrators and characters. Meyer's procedure betrays a misunderstanding of something which is essential to literary writing: its fictional, counterfactual character.
It is exactly because Machado de Assis pushes literary writing to its limits, arriving at enigmatical, sometimes profoundly somber outlines and intuitions, that he is not Meyer's "subterranean man."
Machado de Assis's brilliant criticism of Eça de Queirós's O Primo Basílio (referred just en passant by Meyer, Machado de Assis, p. 106), shows that Machado had a very perspicuous understanding of both the nature of literary writing and the "limits" of literary movements such as the so-called naturalism of some 19th-century authors. The problem with naturalism was not that it dwelled on the abject, but that it adhered too much to "reality"—an alleged abject reality that naturalism would display in an "implacable, cogent, and logical" way (see Machado de Assis, "O Primo Basílio de Eça de Queirós").*
Meyer is completely mistaken when he attributes to Machado "a conscience that recognizes the uselessness of conscience" (Machado de Assis, p. 101). The case is exactly the opposite: through literary writing, Machado fully exercises his conscience—exceeding but by the same token remaining faithful to it. What Georges Bataille correctly says against merely "existentialist" perspectives (à la Sartre) in literature, wouldn't apply to Machado: "un désir de néant qui ne voulut pas recevoir de limite est réduit à la vaine agitation" (La littérature et le mal. Paris: Gallimard, 1957, p. 138).
Machado never succumbs to vain agitation. The "stasis" [inércia] that Meyer attributes to Machado's late works (Machado de Assis, p. 100, cf. 41) is the highest outcome of literary writing. In relation to Quincas Borba, for instance, John Gledson remarked more recently something obvious that has nonetheless been systematically bypassed by many other readers: the plot fairly and squarely contradicts the novel’s motto (see Gledson’s introduction to this novel). The motto (ao vencedor as batatas) is deflated rather than praised, and through a process to which the main character (Rubião) is submitted (he is not the agent of the plot).** One should call this DECONSTRUCTION. It is also involved in what Meyer calls “neutralization”—a neutralization that would come from an “excess of clairvoyance” (Machado de Assis, p. 32).
It is possible to say, with Roberto Schwarz, that Machado was led to such an extreme process by certain bias, dislocations, and dissociations typical of the Brazilian society of the period (a society based on slavery and also on a system of dispensation of favors and counter-favors, upon which the writers depended, although the official ideals and values came from liberal Europe) (see Schwarz, Ao Vencedor as Batatas. São Paulo: Editora 34, 2000, p. 16-21, 195-96, 199, 210).*** But it is the process in itself (a certain kind of literary writing) that explains Machado’s labyrinth: a “literary” rather than a psychological or social labyrinth. One should remember that it is through writing that one can both create and deconstruct psychological and social categories, prejudices, and expectations. Moreover, it is through a certain kind of writing that one can problematize what lies perhaps beneath these categories, prejudices, and expectations (being irreducible to them).****
Besides "stasis" and "neutralization," other provocative notions used by Meyer are "virtuality" (Machado de Assis, p. 85) and "vicious circle" (p. 59). The same words have been applied in a somewhat different way to Nietzsche by one of his most insightful exegetes: Pierre Klossowski.
************************************************************


*Deleuze says the following about la Bête humaine, which he characterizes as Zola’s epic: "le essential de l’épopée, c’est un double registre où les dieux, activement, jouent à leur manière et sur un autre plan l’aventure des hommes et de leurs instincts" (Logique du sens, p. 384); a few paragraphs later, "la fêlure ne traversait et n’aliénait la pensée que pour être aussi la possibilité de la pensée, ce à partir de quoi la pensée se développe et se recouvre" (p. 386). Oswald de Andrade: "Trasponho a vida. Não copio igualzinho. Nisso residiu o mestre equívoco naturalista… Tudo em arte é descoberta e transposição" ("Objeto e fim da presente obra," Serafim Ponte Grande).
**The unreability of Machado’s narrator had already been unequivocally ascertained by other English [?] critic, referred by Gledson, and who influenced his analysis: J. C. Kinnear. In his article “Machado de Assis: To Believe or Not to Believe,” Kinnear says that “Brás Cubas, Dom Casmurro and the narrator of Quincas Borba are to a large extent unrealiable because they write books which lay claim to total truth, which have no awareness of their limitations… Quincas Borba is all the more remarkable because it is a third-person novel with an unreliable narrator: there is one Machado, claiming to give pure representational realism, often with the pessimistic overtones of the naturalist novel, and another Machado undermining that pretence” (The Modern Language Review, vol 71, n. 1, Jan. 1976, p. 54-65). Later on, in the same article, Kinnear will refer to Helen Caldwell, the North-American critic who, in 1960, first brought attention to the fact that Dom Casmurro’s narrator is completely unrealiable.
***In the biographical outline of Machado de Assis given by Lucia Miguel-Pereira in her "Pesquisas Psicológicas," one finds condensed many concrete elements that give support to Schwarz’s thesis: “Orphan by mother while still a little boy, and by father a little later, Joaquim Maria Machado de Assis found in his stepmother, Maria Inês, kindness and shelter. In 1856 he is admitted to the Imprensa Nacional as apprentice typographer. Two years later, he becomes proofreader for the publishing house of Paula Brito, a close friend. With the help of Pedro Luís, he is offered the same job at the Correio Mercantil. He publishes poems, essays and his first fictions in Marmota, a magazine of Paula Brito. In 1860, with the help of Quintino Bocaiúva, he starts to work in the newsroom of the Diário do Rio de Janeiro. He also collaborates with the Semana Ilustrada… At the age of 30, he marries D. Carolina Augusta de Novais, the sister of Faustino Xavier de Novais, his partner at the magazine O Futuro” (Lucia Miguel-Pereira, Prosa de Ficção. Rio de Janeiro: José Olympio, 1957, p. 60). The information concerning the death of Machado’s parents is not accurate (see Caldwell, Machado de Assis: The Brazilian Master and His Novels. Berkeley: Univ. of California Press, 1970, p. 14-15), but the whole picture is truthful. One wonders why Lucia Miguel-Pereira’s criticism remains out of print, while Meyer’s is being reedited. She is a better critic.
****Schwarz’s Ao Vencedor as Batatas was originally published in 1977. Paradoxically enough, it is much more enlightened than Schwarz’s second book about Machado de Assis, Um mestre na periferia do capitalismo, originally published in 1990. One wonders why John Gledson translated the second book into English instead of the first. Perhaps because he is there quoted, perhaps because the book can be taken as a good example of the sociological and historicist bias that in the end undermines almost all Brazilian literary criticism, with the exception of the criticism written by Haroldo de Campos. One should remember that Haroldo de Campos was himself a (concretist) poet and an outstanding translator—that is, a writer. His O Sequestro do Barroco na Formação da Literatura Brasileira is a brilliant attack on both the sociologism and the psychologism that pervade Brazilian literary studies. One of the most felicitous books ever written about Machado de Assis—O Calundu e a Panacéia (by Enylton de Sá Rego), unfortunately out of print!—was conceived after its author attended to a colloquium given by Campos in the University of Texas at Austin. Returning to Schwarz’s second book, the problem lies with its main thesis. It is impossible to reduce—as Schwarz tries to do, the paradoxical characteristics of the narrator of Memórias Póstumas de Bras Cubas to “class ideology.” They go beyond that, and what Schwarz calls “metaphysical skid” [derrapagem metafísica] is essential to Machado’s work. Ultimately, "whim" and "spirit of negation," if correctly understood, are not things amenable to "dialectical" treatment. This is the immemorial sans fond in which more or less invisibly just now hangs the abyss between "dust and darkness" [pó e trevas] and "the gentleness of the wind" [A Suavidade do Vento, 1991/2015] in Cristovão Tezza’s skilled prose. In an essay in which he discusses the fate of avantgard poetry (and cinema) in (neo)capitalist societies, Pier Paolo Pasolini once referred to the responsibility of “raising questions” through “amphibological works” [porre delle domande in opere anfibologiche], whose understanding would demand “an extension and a necessary methodological modification of Marxist analysis” [un allargamento e forse... una modifica metodologica dell'analisi marxista], and which are actually not under Marxist jurisdiction (Empirismo eretico, 147). In O espírito da prosa, Tezza attacks in a more or less superficial way what he calls "a nihilist new wave of radical criticism" (decrying with a somewhat lowbrow philistinism traditions of literary theory going back to the Russian formalists, with the exception of Bakhtin). But when trying to convey what turns people into writers (in the 19th and 20th centuries), Tezza is unable to bypass a "monstrous" experience of subjective exhaustion: "experimentem trancar o filho num quarto escuro, amarrando sua perna numa estaca irremovível; cortem sua comida pela metade ou, ao contrário, abarrotem-no de calorias, para em seguida reclamar que estão gordos..." (p. 49-50).