Stop Leveling Down Life's Multiple Diversity: The Smallest Bit of Life is Worthier than the Whole Lunacy of United or Otherwise Megalomaniac Billionaires (not a halfpenny matter!) 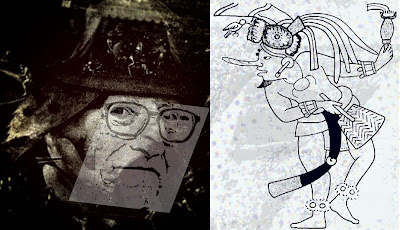 and let me tell you Madam:

"Another development in the “climate war” is the entry of new participants. Bill Gates is perhaps the most prominent. His new book, How to Prevent a Climate Disaster, offers a systems analyst approach to the problem, a kind of operating system upgrade for the planet. What do you make of his take?
I want to thank him for using his platform to raise awareness of the climate crisis. That said, I disagree with him quite sharply on the prescription. His view is overly technocratic and premised on an underestimate of the role that renewable energy can play in decarbonising our civilisation. If you understate that potential, you are forced to make other risky choices, such as geoengineering and carbon capture and sequestration. Investment in those unproven options would crowd out investment in better solutions.
Gates writes that he doesn’t know the political solution to climate change. But the politics are the problem buddy. If you don’t have a prescription of how to solve that, then you don’t have a solution and perhaps your solution might be taking us down the wrong path" (see the whole here: "Climatologist Michael E. Mann"/The Guardian, 27/02/2021);