two sentences, the dogma of semantic uniformity & alchemy (or how not to use the method of shouting to close a window) 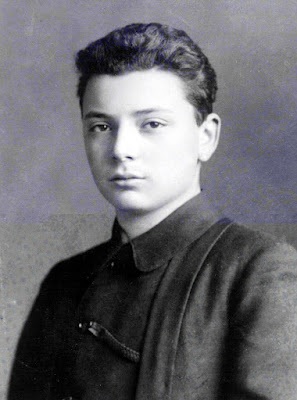 Brewing the alchemy [but that against semantic uniformity & in favour of Python Gored Naturalism]:

- what is 17?
- what is New York?
- what is a perfect number?
- what is a large city?
- what are numbers?
- what are cities?
- what is an object?
- what is an entity?
...
→ there are things, real things (although not all things are like that) which we are acquainted with and with which we don't have causal relations [for example, some mathematical stuff &/or phenomena related to non-locality];

***More on the dogma of semantic uniformity, or an expatiation on how to accommodate Python Gored Naturalism with Styles of Scientific Reasoning & Pedestrian Reality: "... when facing this possibility of using the notion of styles of thinking to address so diversified kinds of human undertakings, a special point must be considered. Hacking is not saying that in order to point to truth or falsehood every proposition depends on some kind of style of thinking. He “rejects any uniform all-purpose semantics,” and the “idea that a uniform theory of truth or of meaning should apply across the board to an entire language”... In contrast to sentences that would depend on styles of thinking in order to point to truth or falsehood, Hacking refers to “the boring utterances that crop up in almost any language, and which make radical translation relatively easy.” He refers to “propositions that have a sense for almost all human beings,” and to the “boring domains of ‘observations’ that we share with all people as people.” As an example of such an observation, Hacking suggests the proposition “my skin is warm”... It is possible to sustain that even the most apparently obvious propositions are in any case theory-laden. But the conflation of Hacking’s distinction between more and less sophisticated kinds of propositions would imply a very implausible oversimplification of the way real people use language. Under normal viewing conditions, no one would even think much less utter a proposition such as this table is brown, so obvious people take to be its meaning... Someone could perfectly say, however, this chair is made of Brazilian rosewood, and this would make sense exactly for denoting some kind of expertise. We can understand the first sentence as not depending on any specific style whatsoever, and capable of being understood straightforwardly by most people just by the use of the most elementary discursive and perceptual abilities. The second sentence demands the use of other skills, which do not have to be styles of thinking, but only a slightly more elaborated and technical use of elementary discursive and perceptual abilities. Finally, another sentence could be added in order to extend the comparison: the heat which has the refrangibility of the red rays is occasioned by the light of those rays... This latter sentence demands the use of styles of thinking, because it mentions concepts and types of objects (refrangibility, rays) which would not even exist for people unless they are engaged in certain specific and complex practices by which these concepts and objects are made possible... Ultimately, the problem with saying that everything is theory-laden [this is the core of Hacking's criticism of theory-laden armchair infatuation] is that this position undermines elementary distinctions that constitute human discursive practices—elementary distinctions such as between on the one hand saying, telling, giving an account of something, and on the other hand doing something. A person might just say to another that he or she feels cold and wants the window to be closed, but unless one goes over there and effectively interacts with the window the cold will not merely disappear just by saying close the window no matter how loudly you shout. Perhaps the cold goes away if you are Brian de Palma’s Carrie (1976), but what makes Carrie a Carrie either in movies or in real life (supposing there might be such a thing) is that her thought and talk are imbued with a special sui generis power that is faraway more effective than ordinary people’s thought and talk (and even limbs). You would still need distinctions between thinking, saying, and doing in order to make any sense of Carrie. Differences between things such as mental states, sentences, and external objects are all constitutive and germane to what is here called styles of thinking. Without such elementary distinctions, there is not much to be done with a sentence such as the heat which has the refrangibility of the red rays is occasioned by the light of those rays," Alessandro Zir, Luso-Brazilian Encounters of the Sixteenth-Century (Fairleigh Dickinson University Press, 2011, p. 6-7).

Getting Wolfgang Pauli & the naive Portuguese, as a plus:


"Generally speaking scientists are no Carries, though there might have been a few registered but far less noxious cases such as Wolfgang Pauli and the Pauli effect," Alessandro Zir, The Sixteenth-Century Corpus of the Portuguese Colonizers of Brazil (Dalhousie, PhD thesis) [the paragraph of this sentence (which refers also to Ludwik Fleck) wasn't incorporated in the book Luso-Brazilian Encounters published in 2011 by FDU Press—an incident not necessarily ranking as a fatal blow to die Geissel Gottes' scholarship supposing it exists].
"Sérgio Buarque de Holanda remarks that the Portuguese were naive realist people. Their realism would come exactly from their credulity, which would be, as he defines it, “a radical gentleness and passivity in face of reality” that “does not deny Nature infinite possibilities” and the supernatural... If this is correct, the Portuguese would be people capable of recognizing the most strange things in nature, without having to deny all the humdrum propositions that make sense to most people, including people having no sensibility whatsoever to apparitions of monsters and the devil. Besides seeing devils and monsters, the Portuguese would not have any difficulty and do not invoke anything spiritual in order to answer a simple question such as are you cold? They also never use the method of shouting in order to close windows," Alessandro Zir, Luso-Brazilian Encounters of the Sixteenth-Century (Fairleigh Dickinson University Press, 2011, p. 6-7).

More on Pauli:
"Pauli was never what our expert in didactics would call a good lecturer. Nevertheless he was an inspiring and intoxicating teacher. In particular when he was not too well prepared (this happened not infrequently), one could experience the spirit in statu nascendi, and this was awesome. With his ruthless demand for precision and lucidity Pauli never intended to hurt his students or colleagues. His sharp tongue notwithstanding, his criticism was always honest and reflected not only his dislike of half-truths but also his demonic depths... In despite of his critical stance, he was certainly not one of these petty reasoning minds which cannot endure any paradoxes," Harald Atmanspacher's & Hans Primas's "The Hidden Side of Wolfgang Pauli," Journal of Consciousness Studies, 3, 2, 1996, pp. 112-26.

More on fairies & witches:
"I'm hitting art from both sides of the brain. I used to be really into math and science in school, I was a bit of a nerd. I was into quantum physics and all the strange magic that exists there. All of the ideas that an intuitive mind might come up with can be proven on a microscopic scientific level. I saw my fairy godmother the other day. We were talking about the future and I was stressed out, and she was like, "Just remember you're a witch." It was so cool to hear her say that in a chill way, just a casual thing to say. Ever since I was little I believed in stuff beyond what I could see. You could also just call that having an imagination, but I believed so much in it and how to manifest all of my dreams," India Salvor Menuez (Vice interview);

Alessandro Zir is PhD in Interdisciplinary Studies by Dalhousie University (Halifax, Canada), where Ian Hacking was the external examiner of his thesis. He has publications in Brazil, Canada, Chile, England, Poland, Portugal and USA, including a book (Luso-Brazilian Encounters of the Sixteenth Century, Lanham), and otherwise just "small" works such as chapters of books, literary and movie "criticism", papers, translations, and fragmentary fictional texts. He also plays de piano and has experimented with video and other arts. Among his translations (not even mentioned for the Jabuti) are books from Agatha Christie, Conan Doyle, Georges Simenon, Charles Baudelaire and Petronius (CV in English and Portuguese).